Famous Coaches of Years Gone By

The coach, in its many forms, has made an indelible impression on history and culture throughout the years. Not only because its sheer size made it a convenient, efficient and leisurely (especially in the case of Entegra Coach) mode of moving people from point A to B, but because it’s allowed them to act as a rolling canvas of sorts, to keep our daily lives and biggest cities moving—and even provide some comedy, too. 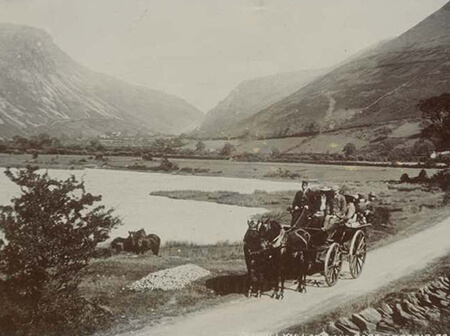 As you may have gathered from the French sounding name, the open-topped and at-one-time horse-drawn charabanc, with its benched seating, became popular among French sportsmen in the middle of the 19th century. It was used by businesses, sightseers and for transportation around London through the early 20th century.

Across the pond, New York City adopted what could be called a descendent, the omnibus, becoming one of the first cities to have motorized public transportation. 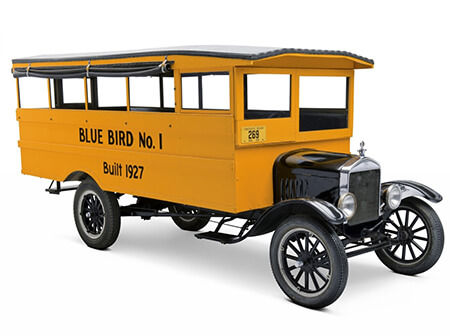 If we could move people quickly and efficiently through urban centers, it made sense that we should make it easier to get our kids to school. In 1927, the enterprising Albert Luce Sr. successfully put a wooden bus body on a Ford Model T body, and, yes. it was yellow. His company became Blue Bird Corporation, which is still building buses today. And you can see that first bus, “Blue Bird Number 1” at The Henry Ford Museum in suburban Detroit.

The next major evolution in the coach world was the advent of the rear diesel engine—the diesel pusher.  The research and development was performed largely by General Motors and the concept gained notoriety when the famous transportation company, Greyhound, bought in. Once things settled down after World War II, Greyhound purchased thousands of diesel pushers with a sleek body design that became popularly known as “Silversides”—and all just in time for Dwight Eisenhower to sign the1956 Federal-Aid Highway Act.

After The Great Depression, the city bus movement was in full swing and motorized. The success of the transportation networks spurred innovation across the globe as different metropolises looked for the best solution. In 1951, for instance, Chicago introduced a propane-powered bus as London’s famed double deckers were establishing their iconic place in English history.

Bursting onto the culture scene 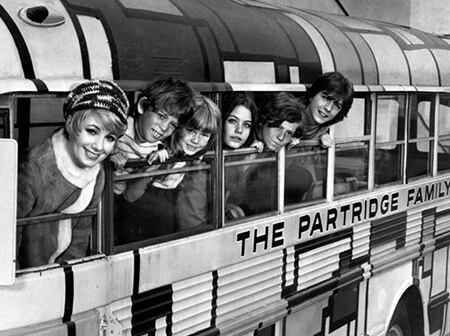 By the second half of the century, motor coaches were making their mark on the silver and big screens, music and politics. The Partridge Family’s famously colorful bus represented the more wholesome side of the musical touring act, while scores of rock and roll bands, like we’ve seen in the movie Almost Famous, became famous for their antics. The movie Christmas Vacation gave the Class A RV one of its most high-profile moments. It’s less-than-luxurious look, imperfect tank flushing system and Uncle Eddie’s famous line, “That there is an RV,” made a splash.

Coaches had become a staple on the campaign trail as well, providing a comfortable and camera-friendly way to barnstorm the country. A tradition that’s said to have started in the 40s and 50s, the political coach has come a long way. President Obama’s famous “Ground Force One” underwent a custom upgrade process that included secure communications capabilities as well as unspecified defensive and protective fits.

The quietest riding, best handling coach on the market

That brings us to, well, us. When we opened our plants in 2008, we set out to build the best Class A coach to drive. Our unique cab-forward design along with several custom features make our luxury diesel models the best handling, quietest ride travelers can buy, including: 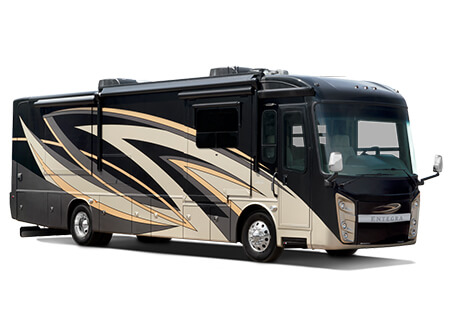 Our luxury diesel coach, the Reatta is the first of its kind. At just 37' 10" to 39' 11" in length, the combination of a rear diesel engine, Spartan’s first K1 raised-rail chassis with independent front suspension, along with many of the ride and handling features described above is truly unique.

We’re proud of our small mark on the history of motor coaches and won’t stop striving to make it a little bigger. You can learn more about our luxury diesel models and their ride and handling features here.

Previous Article Off the Beaten Path: Escaping the Cold
Next Article 8 Couples Share What It's Like to Own an Entegra Coach